Dr. Elizabeth Barbieri of Oregon Reproductive Medicine explains some of the incredible advances in reproductive genomics that are now at the heart of IVF treatments and are increasing patients’ chances for success and a healthy baby.

When our patients embark on their fertility treatment journey they are bombarded with the terms “genetics” and “genomics.” Even just five years ago, this was not the case – but as genetic medicine continues to have an impact on reproductive care, patients increasingly face decisions about genetic screening and testing. Here we discuss the most common genetic tests offered in our fertility clinic. 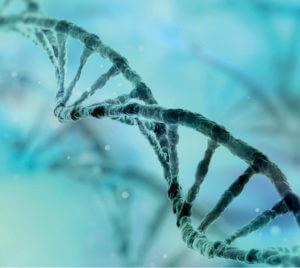 Carrier screening refers to DNA testing that investigates whether you or your “reproductive partner” (whether your actual partner, or an egg or sperm donor) has, or “carries,” recessive gene changes – also called mutations – that could cause certain serious genetic diseases in your children.

Genes are the units of heredity – small pieces of DNA that code for certain traits or functions of the body. Genes are inherited in specific ways. One of the basic patterns of inheritance is autosomal recessive. To develop a recessive genetic condition, you must have inherited two copies of a mutation in that gene – one from the egg cell and one from the sperm cell.

If you have just one recessive mutation, you are a carrier for that condition. If you are a carrier, you probably have no idea that you have such a mutation – why would you, when you are likely healthy? Carriers are not expected to have signs or symptoms of the disease they carry (although there are a few exceptions). Carriers usually do not have anyone in their family with the disease they carry; recessive gene mutations can remain hidden in families for generations because generally, both members of a reproductive couple must be carriers in order for the disease to appear in a family.

If you are a carrier, you are only at risk to have a child with the disorder if your reproductive partner (or egg donor or sperm donor) happens to be a carrier of the exact same disorder. If this is the case, then you have a 25% chance for that condition to occur in each of your children.

For most people having children, genetic carrier screening is unfortunately not offered by their physicians until a pregnancy has already been conceived. But testing before pregnancy allows us to discuss options for prevention of genetic disease with you, rather than coping with this information during the pregnancy or after a baby is born with the condition. For example, if you are using an egg donor or sperm donor, knowing your carrier status can help you choose a donor who is unlikely to carry the same condition as you. And if you and your partner are found to be a carrier-carrier couple, you may wish to consider in vitro fertilization (IVF) with preimplantation genetic diagnosis (PGD) to prevent passing on the disease to your child. 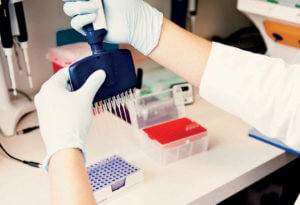 Genetic testing of the embryos

There are 2 possible types of tests when it comes to genetic testing of the embryos. The first is analyzing embryos to determine the number of chromosomes in their cells, which we call comprehensive chromosomal screening (CCS; also known as PGS, preimplantation genetic screening). The second is testing for a specific disease that the embryos are known to be at risk for due to the family history or positive carrier screening results. This is called preimplantation genetic diagnosis (PGD). In both CCS and PGD, transferring “normal” embryos can help reduce the chance of the embryo and baby having a chromosome abnormality or inherited genetic disorder.

CCS is the removal and testing of cells from embryos created through the IVF process to count the number of chromosomes present in these cells. Chromosomes are packages of genes, or DNA, within the cells. Humans normally have 46 chromosomes in each cell; 23 come from the sperm cell and 23 from the egg cell. The first 22 pairs of chromosomes are identified by number, 1 through 22, while the last pair reflects the gender of the embryo: XX for female, XY for male. A normal chromosome result for a female is 46, XX and for a male, 46, XY.

Surprisingly, a large percentage (30- 80%) of healthy-appearing embryos have too many (e.g. 47) or too few (e.g. 45) chromosomes or very large extra or missing pieces of chromosomes. These abnormal embryos have a very high chance of failing to implant or miscarrying. Other embryos with an abnormal number of chromosomes can lead to the birth of a baby with physical or intellectual disorders, such as Down syndrome, which is linked to having an extra copy of chromosome 21.

CCS can identify the embryos with the normal number of chromosomes (46). Preferentially transferring these embyros into the uterus can improve the chance of an ongoing, healthy pregnancy. In our laboratory, we use the most advanced technology available – next-generation sequencing (NGS) – to perform CCS.

Many women have fertility problems because of advancing age, which leads to a decreased number and quality of eggs as well as a higher risk for chromosome abnormalities. Our own success rates at ORM demonstrate that pregnancy rates through IVF decrease as women age, but transferring CCS-normal embryos provide women of all ages, up to 43 years old, the same chance for success. Furthermore, since many miscarriages are the result of chromosomally abnormal embryos, CCS can help reduce the chance of pregnancy loss.

One of the most important factors in reducing the risk of CCS and having success with the process is the experience of the fertility clinic. At ORM, our embryologists have biopsied over 12,000 embryos since 2010. Since over 80% of our patients now choose to have to CCS testing on their embryos, it is a routine part of the IVF patient workflow at ORM and our clinical and laboratory teams have facilitated the process on over 2,000 patients to date.

PGD is the testing of embryos for a specific genetic or chromosomal condition that is carried by one or both parents. Patients choose to do IVF with PGD in order to significantly decrease the chance of having a child with that condition. Examples include:

Some examples of conditions for which PGD can be done are:

PGD is available for the vast majority of serious genetic conditions as long as the particular gene mutation or chromosomal condition in the family has been identified through genetic testing.

To test for “single-gene” disorders, because only a very small amount of DNA is available, special genetic testing techniques are necessary. Most PGD for single-gene conditions are now done via a technique called karyomapping. DNA samples from the sperm and egg providers, as well as from one or more family member(s) of known genetic status (gene carrier or non-carrier) are examined to identify a unique DNA “fingerprint” that is associated with the gene mutation(s) in the family. Embryos can then be tested to determine whether they carry the DNA fingerprint associated with the “normal” gene or the gene with the mutation. Overall, the accuracy of PGD is quite high and the risks are low, but we always recommend discussing the specific details with your providers. 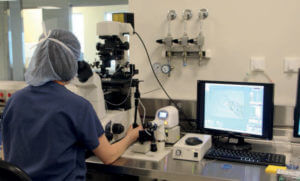 When an individual or couple has suffered two or more first-trimester pregnancy losses, part of their evaluation includes “genetic testing.” This testing is a karyotype, a blood test to evaluate the total number and arrangement of chromosomes in an individual. A normal karyotype for women is 46, XX and for men, is 46, XY. The most common cause of miscarriage is aneuploidy (abnormal number of chromosomes) in the embryo/ fetus, which is most often a sporadic event. However, in 2-5% of patients with recurrent pregnancy loss, there is an inherited chromosome abnormality in one of the parents which contribute to abnormal chromosomes in the pregnancy, resulting in a miscarriage. The most common inherited chromosome abnormality is a balanced translocation (in which two chromosomes “break” and exchange pieces, leading to the possibility of “unbalanced” eggs/sperm and embryos). IVF with PGD can be used to identify viable, balanced embryos to help such couples conceive a healthy pregnancy.

A critical part of the evaluation of men with azoospermia or severe oligospermia (sperm count <5million/mL) includes two genetic tests. The first is a karyotype to assess for chromosome number and arrangement. 10-15% of men with azoospermia and 5% of men with severe oligospermia have an abnormal karyotype, most often a sex chromosome abnormality (Klinefelter’s syndrome, 47, XXY) or a translocation (chromosome rearrangement) which can result in decreased sperm production. Such tests provide not only an explanation for the low sperm count but also information about the man’s ability to successfully conceive a healthy pregnancy.

The second genetic test is Y microdeletion testing. 16% of men with azoospermia or severe oligospermia are found to be missing a very small piece of the Y (male) chromosome. Specific regions of this chromosome, known as AZFa, AFZb, and AFZc region contain genes that are important for sperm development. Microdeletion of the AFZc region has been associated with severe oligospermia, while microdeletions of the AFZa and AFZb regions are associated with no sperm production. Couples in which the male partner has an AFZa or AFZb deletion will most often need donor sperm to grow their families. Sons born to men with the AFZc microdeletion are expected to be healthy and will likely have severe oligospermia as well.

These are just a few of the ways in which we can use genetic technologies to improve outcomes for our patients. It is an exciting time in reproductive genetics, and we look forward to continuing to educate our patients about these promising advances.