June is a month to celebrate gay pride all over the world with several celebrations happening in small and large cities alike. ORM Fertility is proud to support all family types grow and we offer our support at Pride events locally and internationally. Our office in Shanghai, China works to coordinate treatment for all of our patients coming from Asia and also gets involved in LGBTQ+ events throughout Asia. 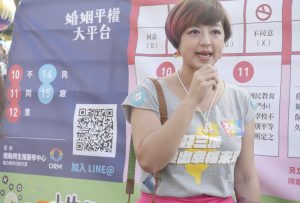 Same-sex marriage became legal in Taiwan on May 24th, 2019, which makes it the very first nation in Asia to recognize same-sex marriage! Despite the cultural and geographic connections between Taiwan and China, the two nations are completely different when it comes to their LGBTQ+ communities. As the most populous country in the world, China has a population of 1.4 billion. There is no accurate number of China’s LGBTQ+ population, but the most common estimate is that they represent 5% of the population, which is 70 million.

China is a collectivistic country and it highly values Confucianism which features the Doctrine of the Mean. This doctrine cultivates a culture of “Don’t Ask, Don’t Tell.” In China, LGBTQ+ people are still regarded as deviating from traditional family values. There have been strides in progress for gay rights in China including, decriminalizing homosexuality in 1997 and it’s removal from the official list of mental disorders in 2001, however, many people still consider homosexuality as a foreign concept and in many textbooks, it is still defined as perverse or an impediment. To this day, same-sex marriage remains illegal in China.

Though the government is imposing stricter control, more and more LGBTQ+ activists are daring to stand out and challenge the system. There are over 100 LGBTQ+ organizations in China, and although it is difficult for them to get official registration as LGBT non-profits, volunteers and activists have never given up.

ORM Fertility stands in support of the LGBTQ+ community all around the world. Last year, our team supported Taiwan’s Pride Parade and this year we are excited to make it out to Shanghai Pride. Shanghai Pride is one of the most recognized LGBTQ+ pride events in Asia.  Back in 2016, Dr. Hesla spoke at a panel discussion about building Chinese LGBT families as a cutting-edge medical expert during Shanghai Pride.

We are proud to support our LGBTQ+ patients and community from all around the world. Learn more about our options for LGBTQ+ family building here.

Posted in Events & Announcements, LGBTQ
Back to News