Embryo Grading: The Good, The Poor, and The Baby Making Kind 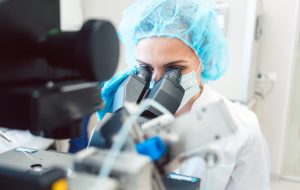 During the in vitro fertilization (IVF) process, embryos created in the lab are graded by the embryology team to determine which embryos have the best appearance under the microscope. Fertility clinics grade embryos with different nomenclature but each grading system enables the team to distinguish between good, average, and poor quality embryos in order to choose the embryo for transfer which has the highest chance of becoming a baby.

When discussing embryo quality, embryologists and physicians are referring to the appearance of the embryo. However, there are numerous factors that determine if an embryo is of the “baby-making” variety that cannot be deduced just by looking at it through a microscope.

Clinics that grade embryos on day 3 of growth typically use a grading system ranking the embryos on a scale of 1 to 5 with 1 being the best (some clinics may use 5 as the best). Day 3 embryos ideally consist of 6-8 cells held within an outer “shell” called the zona pellucida. At this stage of development, embryos are graded on:

From day 3 to day 5, some embryos will grow into blastocysts. The cells in these embryos begin to differentiate into two kinds of cells: baby-making cells and placenta making cells that surround a fluid-filled cavity. Blastocyst embryos that are graded after 5 days of growth are graded with a much more complicated system. Blastocyst grading is determined by:

Rating blastocysts follows a three-part system of grading as described above. We have broken down the system we use for grading blastocyst success at ORM in the following chart:

NUMBER: The degree of the expansion of the embryo’s cavity, ranging from 2-6

A = well-defined clump of cells
B = less well defined; may be grainy in appearance
C = a few dark cells, appear degenerative

In this method of grading, an embryo grade of 4AA, for example, would be a blastocyst of very good appearance. 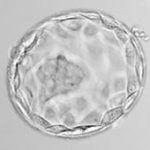 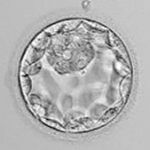 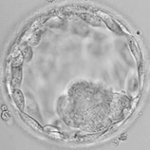 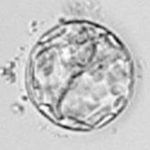 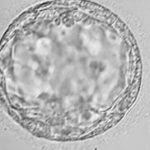 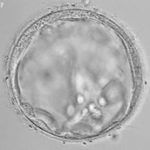 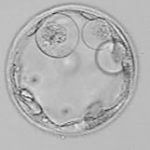 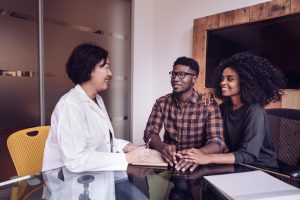 Embryo grading is not an exact science, but it is a tool that providers use in addition to other factors to determine which embryos may be fit for transferring. How does it impact patients’ success rates? Our goal is always to give our intended parents the highest chance of a successful pregnancy and a healthy baby. Our physicians take into account the patient’s age, fertility history, and other information to determine the optimal day of transfer, the appropriate number of embryos to transfer, and exactly which embryos to transfer. At ORM, we always transfer blastocysts on day 5 or day 6, because only the best embryos will make it to that stage in the development process.

When decided how many embryos to transfer, our goal is always to have intended parents end up with one healthy baby. Often times, intended parents will decide with their physician to transfer two embryos in order to combat the likelihood that one embryo will not result in a pregnancy. If two embryos are transferred this will increase the chance that a successful pregnancy will occur, however, this will also increase the chance of both implanting and resulting in multiple births, or twins.

At ORM Fertility, we always have the best interest of our patients at the forefront of our treatments. Our physicians, embryologists, and genetic counselors all work together to give our patients the best chance they could possibly have of bringing a healthy baby into their family.