Why I Chose to Become an ORM Egg Donor, Interview 3

Why I chose to become an ORM Egg Donor, a series of interviews with three of our egg donors and Tonya Carey, ORM Egg Donor Recruiter.

As a donor recruiter for Oregon Reproductive Medicine’s in-house Egg Donor Program, I often find myself asking applicants – What made you decide to look into egg donation? Often, the answers include layers that are both financial: I am saving up to buy a house/car/unicorn/etc., and emotional: I have a deep desire to help others. Then there are the special times when we encounter a more personal story: Someone close to me was not able to conceive, and I wanted to help.

In honor of National Infertility Awareness Week, we explore the stories of three egg donors who flipped the script on infertility and the emotional journey that took them on. 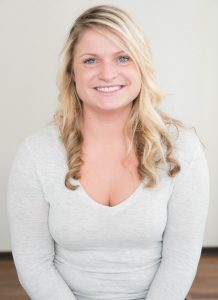 Tonya: Tell me a little bit about yourself.
Donor: I am 24 years old and was born and raised in Oregon. I originally started working in the veterinary field and then transitioned into more research with animals. I tend to be very athletic and enjoy pretty much anything that keeps me moving – running, soccer, and hiking. I also enjoy reading and I’m usually always up for anything.

Tonya: What was your motivation for becoming an egg donor?
Donor: When I worked in the veterinary field I worked with a doctor that had a son, and that pregnancy was a surprise to her, but she knew she wanted to have more kids. She found out that she had a lot of ovarian cysts (PCOS) and that her husband had an extremely low sperm count which made natural conception for harder for them the next time around. They ended up going through IVF and she became pregnant with twins. I was so excited for her, but unfortunately, at 23 weeks, she lost her twins. The whole veterinary clinic was affected by it because we all know her to be such a kind person who loves her son and would do anything to have more children. So after that, I started looking into egg donation and actually worked with another technician who had donated and spoke highly of the process. She ended up having a child after her donation and reassured me it wouldn’t affect my fertility down the road. After doing a little more research on my own and debunking the myths around egg donation, I decided to apply.

Tonya: How did your family and those around you react to your decision to donate?
Donor: My mom was skeptical at first because she didn’t really understand the selection process. I told her I was going to be selected by a specific family to donate to them and that made her feel much better. I think she thought of it as a blind raffle where my eggs would just go anywhere without me ever knowing who they went to so finding out more information about the process made her much more comfortable. All of my friends were also super supportive and I have actually referred several to become donors after my experience. Everything leading up to my donation was really easy, and the communication with the donor team was great. I found that a lot of my initial anxiety went away after talking with ORM’s team.

Tonya: So as you started going through your cycle something came up towards the end that you weren’t expecting. Could you tell me a little about that?

Donor: Yes, so it was actually during the time for my trigger injection something didn’t go quite right. I made sure I did everything exactly as ordered so that I didn’t mess anything up, but when I came in the day before my retrieval they told me my hormone levels were not as high as they should be. So, they asked me to take another trigger injection which also didn’t raise my levels as much as they expected it to. The day of my retrieval I went under anesthesia, but when I woke up they told me my eggs hadn’t matured and they would need to try again in a couple hours despite my blood tests and ultrasounds producing normal results. A few weeks after that I got a call from the clinic and they said they think it may be hypogonadotropic hypogonadism which could have resulted from living such an active lifestyle. Honestly, the most heartbreaking part to me was that the family I was donating for was not able to continue the process due to this issue and that was really hard for me.

Tonya: Have you done any follow-up since then to find out more about it?
Donor: I did see a specialist and they actually believe it is more likely PCOS. They told me as long as I am on birth control then that will keep it controlled, but we won’t really know if I will have fertility issues of my own until I start trying to have children. This was a real shock to me because I never saw myself being on the other side of it. As a young woman, you just expect to have kids one day, so it’s terrifying to think I could struggle with infertility.

Tonya: Lastly, is there anything you would like to tell those struggling with fertility issues?
Donor: There are a lot of great girls out there willing to help. There are also a lot of others going through the same thing you are. One thing I learned from the vet I worked for is that there are a lot of pages and support groups so that you don’t feel alone. I understand there is a stigma around it, but I also think it is more common than people realize. You are definitely not alone.