Why I Chose to Become an ORM Egg Donor, Interview 1 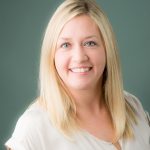 Why I chose to become an ORM Egg Donor, a series of interviews with three of our egg donors and Tonya Carey, ORM Egg Donor Recruiter.

As a donor recruiter for Oregon Reproductive Medicine’s in-house Egg Donor Program, I often find myself asking applicants – What made you decide to look into egg donation? Often, the answers include layers that are both financial: I am saving up to buy a house/car/unicorn/etc., and emotional: I have a deep desire to help others. Then there are the special times when we encounter a more personal story: Someone close to me was not able to conceive, and I wanted to help.

In honor of National Infertility Awareness Week, we explore the stories of three egg donors who flipped the script on infertility and the emotional journey that took them on.

Tonya: Tell me a little bit about yourself.
Donor: I am in Portland, Oregon originally from Seattle, WA. I’ll always be a Seattle girl. I turn 30 at the end of this month and I could not be more excited about that; I’ve wanted to be 30 forever. I work in the medical field and am super involved in sports, mainly football and baseball. I have two little doggies, and that’s about me in a nutshell.

Tonya: So, when you first started thinking about egg donation what was your motivation? What got you in the process of researching and moving forward with the donor application?
Donor: I initially heard about it in college and got through the initial steps until I realized there were a lot of needles involved and chickened out because I’m afraid of [needles]. Then, as I got a little older I learned that my cousin was diagnosed with endometriosis and had pre-cervical cancer. She was told that even after undergoing numerous surgeries she still may never be able to conceive and start a family on her own. That was really sad for me because she has always been very motherly and although she never vocalized it to me much, I could tell that it really bothered her and she is like a sister to me. So, I started looking into it again because my philosophy was – here I am not super motherly and with the opportunity to have a child each month that I do not go through with, so for me that was a big motivating factor. I just bit the bullet with my fear of needles and went through the application process not really knowing if I would be accepted, and I was!

Tonya: I believe you also told me earlier that you have another loved one that also struggled with infertility. Can you tell me a little more about that?
Donor: Oh yes. My cousin has actually gone on to have two babies of her own and also has two step-children. That was after I had started the donation process, but I currently have a friend with endometriosis who is very vocal about her struggles in order to educate others. [Learning from her]has enlightened me in a lot of ways because I did not understand how severe [endometriosis] can be and how it can also affect other organs in the body. She ended up having a few different surgeries, one recently by a specialist. They have now been trying for over 18 months to get pregnant and still have not been able to. Many of her family members are not supportive and tell her things like “Well just adopt” or “Just do this or that” or “Just get over it.” It’s been hard to see her go through those daily struggles and her story really motivated me to continue participating in ORM’s Egg Donor Program past my first donation.

Tonya: Now, for both of those people close to you, do they know that you are an egg donor?
Donor: My cousin does, yes. She actually drove me to my first donation. Ironically, I didn’t have any personal contact with the couple from my first donation, but I did receive a beautiful heartfelt from them when I woke up. I’m not an emotional person but I told my sister I’m actually going to cry here soon. The recipient’s story was almost exactly the same as my cousin’s and I thought to myself, this is exactly why I did this.

Tonya: With your first match, what were you feeling when you got that email and/or phone call?
Donor: [My first thought was, ‘Oh gosh I’m actually going to have to put needles in myself!’ I also had never talked to my mom about it even though we are really close, but she has always made it clear she wanted to have grandkids and she is also very traditional so I wasn’t sure how she would react. It was pretty nerve-wracking trying to figure out how to tell her, and also not tell other people or my coworkers because I wasn’t sure if they would judge me for it. When I met with my donor coordinator not long after my match, it really put my mind at ease and I was then able to be excited about it. When I went through the process, I was really uncomfortable during my first donation and I told myself I don’t think this is something I would ever do again, but then I received that letter. I went into the procedure saying I will never do this again, but I walked out going yes I’m totally doing this again!

Tonya: How many donations in all have you done so far?
Donor: I have completed four cycles and am starting my fifth soon.

Tonya: Out of those four donations that you’ve completed, what type of contact have you had with those recipients?
Donor: The first wrote me a letter and gave me beautiful flowers. She mentioned that she had chosen the flowers because they were in a picture in my profile and they were her favorite flowers too, so that was really special. The second and third I do not know anything about them, and that created a bit of a disconnect for me. I felt like we have this bond that I do not know anything about so that was a little different. The last couple (fourth donation) wanted to meet via Skype because they were not local, and it was very cool. One of my goals was to donate to someone in the same situation as my cousin, and also to donate to a same-sex couple because I think everyone deserves to be parents. I didn’t realize until I got the document from the attorney for the meeting that they were a same-sex couple and I was so excited! I wasn’t sure what to expect meeting them through Skype, but it was like I had known them for years.

Tonya: Since you did not have contact with two of your recipients, what would you like them to know?
Donor: I would say that it seems there is still a lot of stigmas that goes along with fertility treatment and egg donation with it being outside of traditional conception, but after talking with people who had no knowledge of it, I have found they are generally accepting of it and more curious than anything. So I think that would be good for people to know in case they are wanting to keep it to themselves for fear of being looked at differently. I don’t know what I would do in that situation and I can’t imagine it’s easy, but I will say people have been more accepting of it than I initially thought they would be. Also, from the donor perspective, it’s a really cool process. I think it’s amazing that I have been able to help someone start a family.